An Unexpected Encounter with a Goddess 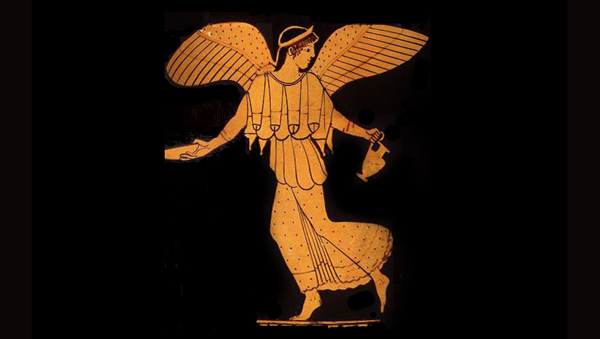 You wouldn’t expect to find a Godesses hanging out at the local leisure centre would you? Low and behold that’s where I found her. Silently sitting at the entrance to the gym which I’ve been attending for a couple of months. I’ve never noticed her until now. With graceful wings she laments, palm leaves in hand, with the words ‘Nike Goddess of Sport and Victory’ emblazoned underneath. “Nike…” I thought to myself. I didn’t realise that one of the worlds foremost sports brands is a)Based around a woman, who is b)A goddess! (with wings)

Not many people realise Nike was first a Goddess before becoming a sports brand. It’s interesting how we’re able to take the meaning from a cultural narrative, distort it and conceptualise it into something with a different meaning altogether. Repackaging and selling it to the masses. We wouldn’t normally associate the Divine Feminine energy with the worldwide sports brand Nike, largely marketed towards the Male population incidentally. Some say it’s infamous logo with a white swoosh was inspired by the Goddesses wings and others because of the way she would suddenly swoop in during battle.

Modern Nike is instantly recognised by its tick against a black background with the words ‘Just Do It’ for mass consumption. I wonder with a smile if the tagline had been left to the Goddess whether she would have been so brusque. We can see that the original narrative behind the word Nike and what it represents has been completely stripped bare and rendered obsolete. Imagine if this sports brand was marketed from the plane of Consciousness from whence it originated, would it’s energy and impact have a more potent and meaningful affect on us all?

Would it challenge our perceived perception of women as strong, able and empower them? Humanity largely undermines and objectifies women and their role in society, as such we could do with every role model we can find. Including those of myth and legend. At the same time I don’t wish to rubbish the entire brand. It’s clear they try to use a positive marketing spin and have some great campaigns but I can’t help but marvel at the irony. A Goddess who’s very name has become heavily imbued with a Male orientated focus.

Nike was a Goddess from the Greek tradition associated with strength, speed and victory both in battle and sport. How endearing to learn of a woman representing and embodying these qualities? She was said to be a fast runner, a swift flyer and an able charioteer. In Roman civilization she is also known as Victory and is depicted as a young fit woman with wings, holding a laurel wreath or palm leaves. It is said she flew over battlefield on a horse drawn chariot awarding Olympic Crowns to victors and those who carried out acts of bravery in battle. Basically she knew how to kick ass! (in a good way) My kind of girl. 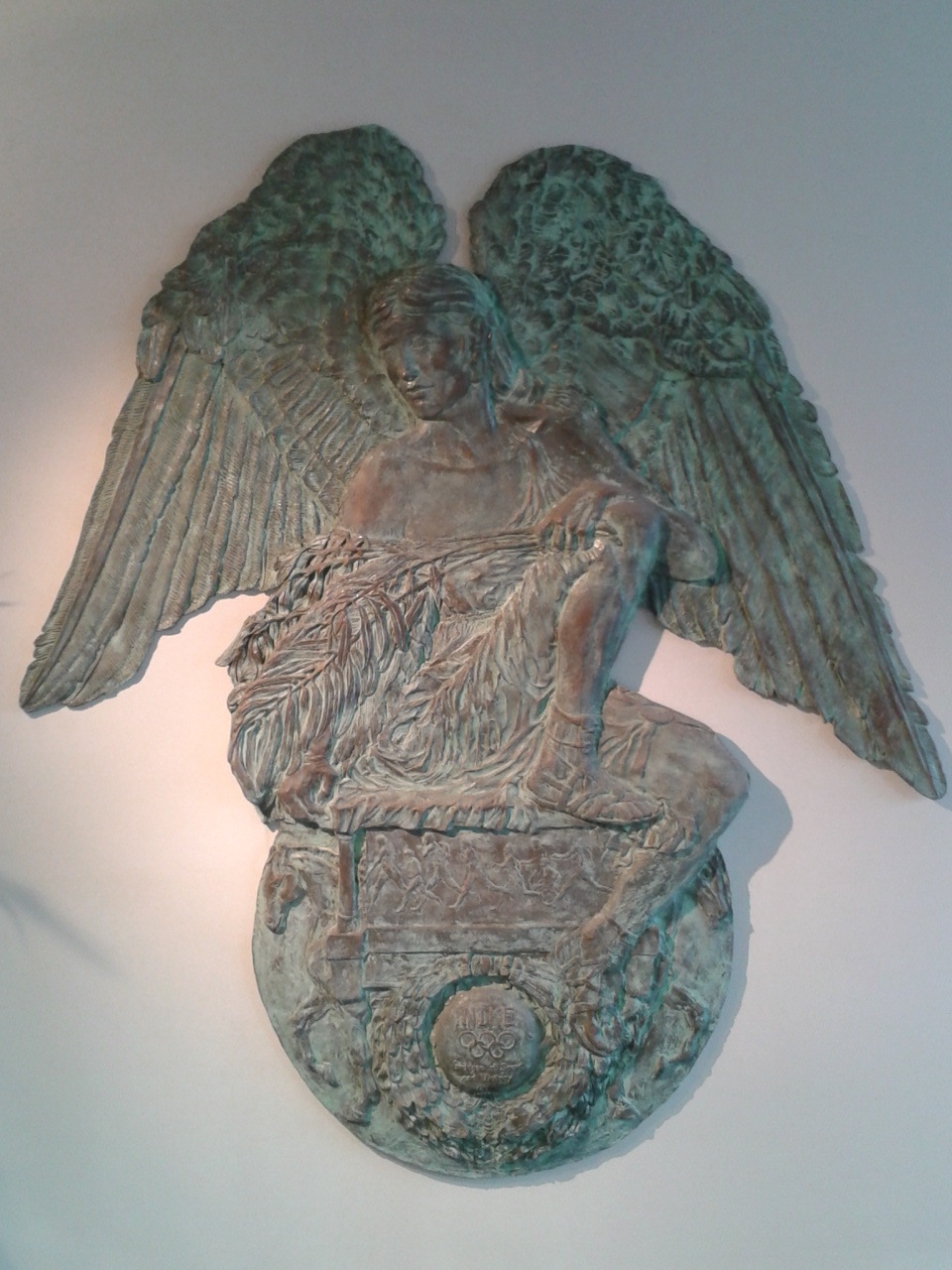 I’ve always loved mythology since I was young. The Greek tradition is particularly special as there are many women depicted with strength and valour. So you can imagine my excitement when I came across this beautiful art piece by Philip Garrett at my local leisure centre. The base relief sculpture seen in the photo above depicts Nike sitting infront of the world, she looks on towards the direction of the gym, her foot prevents a snake from reaching the laurel crown given to the winner. The base reminds me of Egyptian hieroglyphs with images of runners of all ages running in the same direction. Most people appear to be too wrapped up in their muscle spasms and sweat to notice her but I’m glad that I did and learned something new and empowering in the process.