What’s your Heart IQ? The Intelligence of the Heart Organ 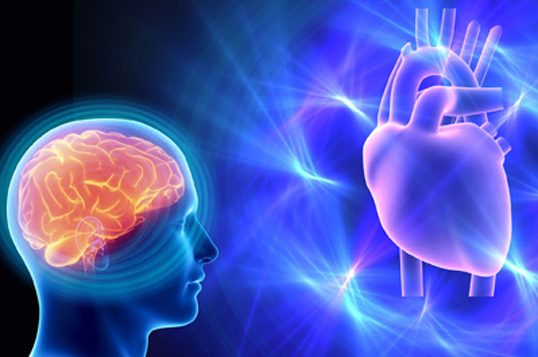 Does conventional wisdom recognise the heart within the same capacity of the brain?
In the East it’s inherent power and intuitive intelligence has been known for millenia. In the West the brain has become the dominant intelligence by which all intelligence is measured. Heart intelligence is closely aligned with it’s neighbouring cousin emotional intelligence. Together they build a formidable partnership. We need not look much further than our family, lover or friend to feel the effects of a lack of emotional or heart intelligence in our culture.

Numbing of the Heart in Society

This numbing out and suppression of the heart is playing out in our day to day interactions, environment and has ultimately escalated into all out War in various parts of the world. Instead of taking action from a place of heart intelligence with reasoning, we are very quick to react with the emotional maturity of a child who’s toy has suddenly been taken away. In this way many of us are only concerned with having our own needs met without recognising the ‘self’ within the greater whole. By not meeting the needs of others we inadvertently neglect our own.

Many years ago a curious article was brought to my attention which was endeavouring to locate the most intelligent race of humans on earth. Given the madness that most humans are partial to on this level of reality I thought they might find a job on their hands. However the article concluded that East Asians held the highest IQ levels (at least this was a somewhat unpredictable result!) followed by Caucasian, Hispanics and Blacks, with The Native American Indians and Aboriginal at the bottom of the pile.

Now I couldn’t help but laugh in disbelief when I read this. The native peoples of the earth who have honored the land for centuries, animals and each other reduced to a lower than average IQ as designated by so called ‘modern’ society. “How ironic…” I thought to myself, since they hold the highest Heart IQ Gaia has ever known. A form of intelligence that is needed on the earth plane now more than ever before.

It was clear to me from reading these speculative findings that the intuitive intelligence of the heart is the missing key in our culture. At it’s core it’s without logic, analysis or mechanical dissection. It is a feeling that rises deep within us as a wave of warmth enveloping everything in it’s wake. Even the most scariest of monsters.

This thinking reflects the current dominant paradigm and how it measures intelligence, choosing to focus largely upon ‘academic’ intelligence, as integrated in our Education system, which is not really education at all but a severe form of conditioning and some would even say punishment (but hey ho that’s another blog entry) So what about the Heart IQ?

Heart intelligence is the ability to go beyond the temporal five senses, beyond the mind, logical thinking, the dominant word view in the Western world. It’s a reintegration of mind, body and spirit, which this world has been crying out for. What does feeling and thinking from our heart look like? Open Communication, Vulnerability, Transparency, Authenticity, Empathy, Trust, Understanding

When the mind is fearful it has a tendency to: Withhold Communication, Point Fingers, Blame, Create excuses, defenses, demands or ultimatums, Insecurity and Jealousy, a refusal to Undersand

There is nothing inherently ‘wrong’ about being fearful as it acts as a potent driving force in our lives and is currently the default setting by which things run on the earth plane. However it’s good to bring our awareness to how this fearful way of being ‘impacts’ our life circumstances, often sowing the seed for further conflict to arise.

Let’s not forget that being and acting from our heart is open to interpretation. Although we’re all deeply interconnected we also function and express through our own individual unique consciousness and beliefs. For one person emotional heart intelligence might mean a sturdy handshake followed by a cordial glass of lemonade, and for another banana and chocolate pancakes followed by a bear hug. It’s good to be mindful of the nuances in social etiquette that invariably differ from culture to culture.

Trying not to take things to heart can be tough when you’re sensitive or Empathic, soaking up others feelings as well as your own. In such cases  we can learn to employ our discernment. To feel into how far another is willing to take their heart intelligence and not press upon them our own ideas and beliefs that are unique to us. However no-matter how subjective our journey we must remember that kindness and consideration are universal languages understood and appreciated by all.

The Heart or Xin in Qi Gong

In Qi Gong we believe the Heart is the most vital organ in the body, it’s directly related to the spirit and is associated with mental processes. Within Qi Gong Society the heart is believed to rule the mind and not the other way around. The mind and heart work cohesively as lovers, one can’t help but affect the other but it is the heart that has the innate ability to recover and heal from illness be it mental, energetic or physically related. We have all experienced Emotions of the heart and felt the affects upon our mental well-being.

Mental Intelligence – The standard by which all intelligence is seemingly measured in our modern left brained dominant society. Popularly known as Mental IQ, it deals with our ability to think and reason, associated with the left side of our brain and language.

Emotional Intelligence – Also known as EQ (Emotional Quotient), this is our ability to recognise and assess our emotions and the emotions of others. This intelligence is normally associated with the right side of our brain, that is associated with creativity and emotions. From my experience many people with an introverted disposition express higher levels of emotional intelligence (although not always! There are always exceptions to the rule)

Heart Intelligence – Or Heart IQ is the ability to deepen our current level of physical, sensory, emotional, and rational intelligence, so that we can respond to life from a deeper place of Love, Compassion, and Acceptance which we call the Heart. We can think of Heart Intelligence as the process of reintegrating the heart, body, mind and spirit so that we can access a deeper level of Awareness and understanding (sounds lovely doesn’t it! Now let’s give it a try!)

The question arises, are you operating from your Heart IQ?