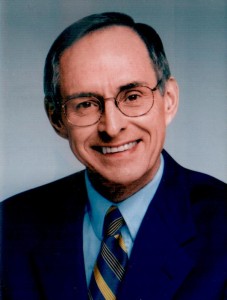 Recently I went to a workshop in Singapore called ‘Past Lives, Dreams and Soul Travel’. It was a fascinating talk, although I had no idea that the lovely people running this workshop where affiliated to the Eckankar movement. The name of the talk was posted at a meetup group that showed no affiliation whatsoever to the Eckists, perhaps to attract newbies like myself.
They appear to have been heavily influenced by the Sikh faith which I was born into during this lifetime. In Sikhism they use the word Ik Onkar meaning One Supreme Reality, One with Everything. It can even be interpreted as One God depending on your belief systems (and perspective) the Eckists appear to have adopted this and slightly ammended it to read Eckankar. Same meaning but looks different – remind you of anything? 😉 –
I personally don’t see an enormous problem with that. Aren’t we all copycats to varying degress? remember one day whilst studying Graphic Design at University of the Arts London I grumpily complained to my teacher because someone had copied an idea I had for a project. “Don’t you know Jaspreet…” he said with a glint in his eye “…that imitation is the highest form of flattery?”

So take it as a compliment. At the time I didn’t know that imitation could be so flattering. Especially in a consumer society that encourages us to do battle with one another, to be the best of the best. Since that day I don’t tend to get my knickers in a twist if someone decides to copy an idea because most of us are doing it one way or another consciously or unconsciously.

Most things we feel a strong inclination to defend are beliefs and ideas that are not really our own. Does originality exist? Two ideas can merge together to create a third which is unique. We see this happening on the physical plane every day.

If you believe we’re connected by a Universal Mind or Field of Consciousness where all ideas are already born, waiting to be channeled through a host (great examples include Billie Holiday, Frida Kahlo, Michael Jackson to name but a few) then you could even go as far as saying we can’t take full credit for these gifts/ideas because they emanate from something beyond our perceived notion of ‘self’, which is at it’s core illusory in nature since Oneness prevails throughout the Cosmos.

Aren’t we all copycats to varying degrees?

Even though my host meant well and convinced me the Eckist’s weren’t into converting people I couldn’t help but feel like the latest recruitee, especially when they got me singing the word ‘HU’ which is meant to be the ancient name for God – not sure who they copied that from – they went on to talk about their living master Sri Harold Klemp who I noticed looks a bit like Bill Gates.

The Eckist’s have some lovely teachings and I don’t wish to trample on them but overall it appears to be a belief system who employ a hierarchical order prevalent in many of today’s religions. No questions are asked, everything is taken at face value. Even those things that make little sense. Not much of it resonated overall yet it was wonderful to meet some lovely people, eat cake and share our experiences together.

Most things we feel a strong inclination to defend are beliefs and ideas that are not our own.

My experience with the Eckists made me question how rigidly we can hold onto our thinking. How ultimately we hold ourselves back due to limited beliefs adopted from a system of ideas handed down generation after generation. I feel it’s important to listen to your inner guidance, even if it goes against the grain. If something is not resonating then ask questions. If you don’t receive what you’re seeking then walk away. It’s not a crime and you won’t be punished by the Universe. Always reach for ideas that serve you where you are on your journey.

[It’s interesting to note that this was written a couple of years ago. I was rooting around my files this afternoon on my laptop (part of my declutter manifesto for 2014!) and came across a short word document I must have pulled together whilst living in Singapore in 2011. I thought I would blow off the cobwebs and share my ponderings.

I’d like to think I’m less judging of others religions, faiths, beliefs these days. Yes it can at times become frustrating to exchange in a conversation with people who are unwilling to open their mind to new territories of thinking and doing but ultimately they are being served exactly where they are. We can help people along but it’s not for us to impose or force a person to expand their horizon.]