Rising Tides, a plea from our Collective Consciousness 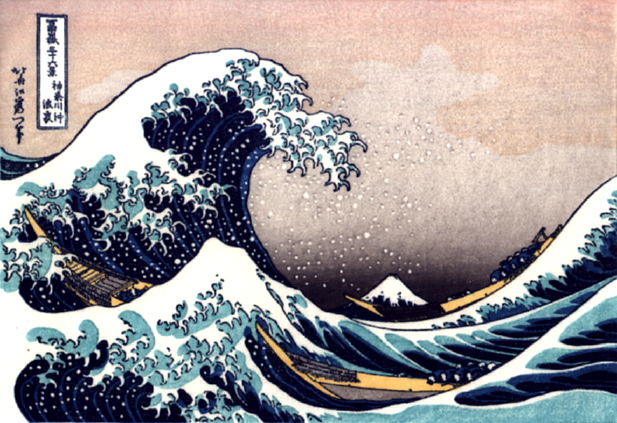 Her small loving hands clutched around my neck tightly “Will it be over soon?” she asked expectantly. “Close your eyes” I smiled “It will be okay. It will be over sooner than you think.” I tried to soothe her. My words betrayed reality, on either side turbulent twelve foot waves crashed angrily into one another churning everything in their wake. I ran as fast as my tired legs permitted, there was shelter to be sought in altitude. The water climbed steadily around us submerging the landscape. My gaze drifted to the horizon where only the tops of a few defiant trees remained visible, they where making one last stance, against the Rising Tides…

Consciousness and the Dreamscape

This is an excerpt of a dream experience I participated in last night. The human brain cannot tell the difference between ‘waking reality’ and the Dreamscape, this is why Dreams feel authentic to us. Consciousness becomes heightened during intervals in the Dreamscape thus emotions, feelings and sensations impact the mind and body more deeply than in waking reality. Just imagine then the long-term tangible affects our dreams have on our mental, emotional and physical aspects? Have you ever awoken after a vivid dream to find your mood either uplifted or perturbed for the remainder of the day?

The human brain cannot tell the difference between ‘waking reality’ and the Dreamscape, this is why Dreams feel so authentic to us.

The continuum of Consciousness does not discriminate between realities, thus the life you lead in physical reality directly impacts the multiple non-physical lives you embody within the Dreamscape and beyond. If you experience trauma, restlessness or depression in waking reality have no doubt your Dreams will be affected through this string of interconnectivity. The Dreamscape can be viewed as a portal into the sub-conscious, always communicating with us through symbolism. As a society we don’t place enough importance on Dreams which is one of the reasons many people maintain a low rate of dream re-call. It is with great irony then that we label the state whereby the majority of our Consciousness seemingly resides as ‘awake’.

Dreams of Rising Tides, floods and Tsunamis are incredibly common amongst humanity as is a fear of deep water. They hint towards trauma that has been experienced by the collective Consciousness in previous lifetimes. Of ancient advanced civilizations that lay buried beneath the ocean beds of the world. The movie ‘The Impossible’ is the epic retelling of Maria Belon and her families ordeal of the 2004 Indian Ocean Tsunami. If you’re anything like me you couldn’t keep your eyes off the screen no-matter how unsettling the imagery became. I was thoroughly squirming and gasping in my seat, amazed by the life like effects, visuals and sounds which sucked me in as though I was participating with their every joy and sorrow. It is one of the most vivid accounts of flooding in modern cinemetography.

Many strange anomalies concerning the weather are occuring all around the world. Understandably much fear is being instigated by media outlets, the news, Global Warming and Wildlife preservation enthusiasts. Many of us are aware of the turbulence taking place around the world but we don’t necessarily require them to constantly be alluded to in the form of an online petition or the 11’oclock news. If only so much attention was directed at all that is good, loving and uplifting in this world? I can’t tell you how many times I’ve seen a ‘sign this to save all calamity from breaking loose’ link on facebook. Although I in no way undermine the commendable work of organisations such as Avaaz.org we’re not addressing the deeper root cause of these disturbances or momentary ‘glitches’ in reality.

What would be of greater effectiveness for each of us is to begin working towards calming the internal storms that rage within us. Follow our joy and realise our lifes purpose whilst we’re here. It’s not an impossible task. As we take one small step at a time towards that which calls to us we reveal the gifts we came here to share with each other. This would have a soothing affect on our planet, the kind that is felt when a mother tends to her children. We are projecting our inner turmoil onto Earth collectively.  This is a collective responsibility, no-one can be singled out and blamed not even the big corporation companies we love to point the finger at. If you still live under the illusion that you are I are separate much of what is happening on Earth and indeed in life will make little sense. Consciousness, Multidimensional reality, new ways of being and seeing will evolve with or without your cooperation.

A Cry for Change, Flooding in South England

The arrival of England’s most spectacular storms and flooding since 60 years is a direct reflection of societies refusal to accept the interconnectedness nature at the heart of all sentient life. Where there is resistance to this notion energy is expelled in the way of natural disaster. It’s as though the Earth itself is cleansing herself of that which no-longer serves the emerging New Consciousness. Every thought, every word, every action is a seed of intention which births new creation. Together we created this reality into existence and together we will transform it.